Tiffany and Joel underwent treatment with intrauterine insemination (IUI) at HCRM. After their first IUI cycle, Tiffany conceived, but had suffered a miscarriage. After a few more cycles of IUI, Tiffany successfully conceived and gave birth to twins. They describe their experience at HCRM as "comfortable in an uncomfortable situation." They are pleased with their results and would recommend HCRM to their friends.

Tiffany: We had a few procedures here at the Heartland Center: IUIs, which means intrauterine insemination. Not quite as invasive as in vitro fertilization, but, you know, we had the very first time that we did it with Dr. Maclin, we were successful. And, unfortunately, that one ended in miscarriage. And so, we had gone through a few more IUI cycles and were successful, and are happy today to say that we're expecting twins. So, very successful with IUIs. We wanted to be married and have our fun for a year or two after being married, but we always knew that we wanted to start a family. So, after trying to start our family for a year and going to a regular OB, we decided to come to the specialists based on a recommendation from a friend. You know, there's definitely some hesitation taking that big step to go to a specialist, but we're so happy that we did, and feel very fortunate that we ended up here. Joel: The situation was different, definitely, for me. I always look back and think it's funny because before you're married, the last thing you want to do is get a woman pregnant. So, it's interesting, then, going to the opposite end when now we're trying and it doesn't work out. You keep trying and it's not as easy as you first once thought. Once we got here, the staff was great. They made us feel very comfortable in what can be an uncomfortable situation, especially for the guy, myself. They ran tests on me and checked me out, and you know, I was - everything came back normal so I was good to go to do my part. It's not always the most comfortable thing to do, but after the fact, you kind of realize why you did it and it's not as big a deal as it initially seemed that it was in the beginning. Tiffany: We researched online a few different specialists in the Omaha area, and you know, the reviews for this clinic were very outstanding in our minds. You know, Maclin was noted as being very personable and a person that can relate with you emotionally, and that is really important for us, because this was a very emotional roller coaster for us that we didn't even know would be at the beginning. So, we did research and we really liked what we found online about this center. When you come into the specialists, they kind of start on a simple term as far as medication goes. They try something three times, so we had three IUIs done that were unsuccessful. Then, we switched some medicine and were successful that very first IUI of switching medicine, and that's the one, then, that we miscarried. The emotional roller coaster that it takes on you from month to month, it's tiring. Not just on one, but the whole family. After our miscarriage, we took some time to emotionally heal and came back. On this fourth IUI of the medicine with the injections and taking pills, then it worked. There's definitely a higher point to the roller coaster when you find out you're pregnant. Having miscarried, you know, you don't feel that release or the relief. it's good news, but it's kind of a waiting game still. i really hit that point when i got to 12 weeks and i saw the babies were still okay, and that was when i really felt the relief that okay it worked, and they're healthy, and we really did all of this for a reason. Well, Joel, from the get-go thought that we were having twins. his intuition said that we were having twins, and i thought no, we're not even pregnant, no way do we have twins. You try to set yourself up for the disappointment as much as you can. So when we found out we were six weeks, and it was still - and still is - surreal. I don't believe it that there are two of them in there, and that we're so blessed that all of this time, this was the plan. So, definitely feel like we got the bonus package. Joe: I loved working with the doctors, Dr. Maclin was fantastic. She can wear all the hats. She can be strong, empathetic, she was great to work with, she's funny. She - when we had issues, we got - she gave us her number and we talked to her on a Friday evening one time to help us with something. Not too long ago we saw her at the store outside of the office, and she came over and gave us a big hug and said how excited she was for us. She was wonderful to work with. Tiffany:I would definitely refer the clinic to anybody that's hopeful - that's been trying and just feels like there's nowhere left to turn, you know. This is definitely a door that's open, and somewhere that people can go for hope. As a matter of fact, when Dr. Maclin told me i had to go to my regular OB at eight weeks, I was sad. I didn't want to leave yet. I wanted to still be under their care, because they did such a wonderful job. Joel: I would like to say to the people out there that you feel like there's no more hope, that you feel like you hit rock bottom and you'll never get pregnant, just to keep having faith. Because we certainly went through those times, we're like well, maybe it's not meant to be to have children. And you know, a couple of years later, here we are with twins, and extremely excited and happy. Coming here was the best thing that we probably ever did in our lifetime. 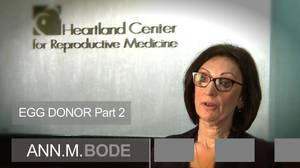 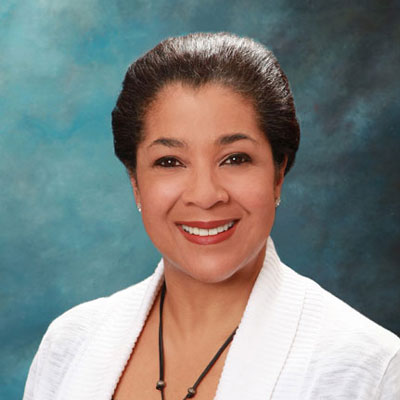